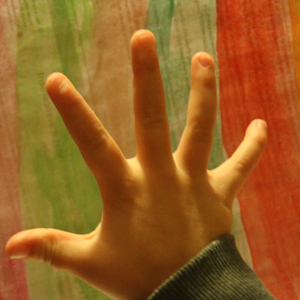 Louisa just turned 4 when her short-term foster family was informed that she would need to go to an institution because the placement service could not find a permanent foster family to look after the girl. Louisa’s short-term foster parents – who looked after her for several months – understood the need for permanency as no family reintegration was possible.

After conversation with their family and relatives, Louisa’s short-term foster parents decided that they will become her permanent carers. They were afraid that Louisa would be institutionalised without them being heard. They also wanted the judge to understand that they were there for a girl as a family unit, just as they have been for Louisa until then.

They wrote a letter to the judge. Their extended family did so too. The situation was evaluated by the professionals and in the end the short term foster family received the news that Louisa could permanently stay with them.

Louisa continues to grow up and  develop in a family who acted in her best interests and wanted Louisa’s right to live in a family environment to be respected and defended.

Louisa can count her years on 5 fingers now; she is full of energy and curiosity for the outer world; she feels safe, secure and well-surrounded.

When Anamarie was three she was placed in the Ghiocelu Institution, in Bacau, Romania. Her mother abandoned her because of her disability – she was diagnosed with triplegia and could not use her feet or left arm.

By age six she had severe deficiencies in her motor development. Her feet muscles were not properly developed and she could not walk, but crawl at best.

When the Ghiocelu Institution was closed as part of the ongoing reform in Romania, it was decided that a foster family was the best placement option for Anamarie who would have more stimulation and opportunities to develop in a family environment.

Anamarie quickly developed a strong bond with her foster parents.  Over the next few years, Anamarie’s foster family pushed for her to have surgery to help her walk, and after long periods of physiotherapy and three refusals from different hospitals they found a clinic in Istanbul to undertake the necessary operation.  The surgery, funded by the NGO which closed the institution, took place in October last year. Anamarie, now 11, can now walk with a frame and will hopefully be walking unaided in the coming months