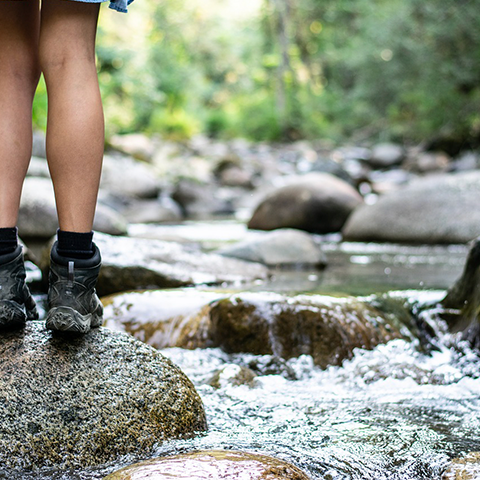 Matilda is a name of German origin meaning “strength”, “battle”. In the case with Matilda, we can surely say that „nomen est omen“. Matilda’s story is proof that the strength in the battle with the system was shown by a dedicated team of professionals working in the Centre Izvor, Selce, Croatia.

Matilda comes from a large family who, for a number of years, have been beneficiaries of various financial support and social services. In the last two decades, seven children were removed from Matilda’s family and placed in the institution. Matilda and her siblings spent almost a decade in institutional care while financial and living conditions in the family didn’t improve with household facing very adverse consequences.

It was a professional team of the Centre „Izvor“ Selce who decided that Matilda’s family needs professional intervention. They insisted on a systematic approach in order to address the unsuitable living conditions.

During ten years that Matilda spent in an institution, she continuously fought to be reunited with her family and to live freely and independently in the care of the community, not in the social care system.

Matilda finished medical school, won a prize within a project during the schooling and made the “case of Matilda” thanks to which the provisions of the Rulebook on scholarships for students according to social criteria have been changed.

During her school studies, she continuously worked in the summer holidays to earn money to continue education. After she finished school, she wanted to go to University to receive a degree of a preschool teacher. She didn’t make it in the first attempt, but she didn’t give up and has finally made it the following year. Unfortunately, she couldn’t use funds allocated for students from alternative care but she used her savings and continued to work in parallel to cover additional costs. In the second year of higher education, Matilda received a state scholarship, which made her a step closer to achieving her dream. At the time of writing, Matilda is still pursuing a university degree. Thanks to systematic support of the team Izvor Selce, Matilda and her family got the chance to go out of the care system, towards integration and social inclusion, living in the community in dignity and embracing equal opportunities.

Seeing Sena Dedic at home with her mother, Esma, it’s very hard to believe they haven’t always been together. There’s so much love and affection between the two of them. The small house they share on the outskirts of a city in the North of Bosnia and Herzegovina is full of warmth, both physical and emotional.

But Sena spent the first four years of her life in the city’s orphanage – a huge, loveless institution where she was just one child among many. Even as a tiny baby, she had no one to care for her above all the others, to cuddle her, to comfort her or to play with her.

When Sena was born, Esma was alone and desperate. Her life had always been tough. Her father was killed in the Bosnian war and the rest of her family fled the country to escape the fighting. Esma was a refugee in her own country, a young woman with no one to support or guide her. She became pregnant at the very start of a new relationship and was frightened to tell Sena’s father. She thought he would not want her to keep the baby so she broke up with him and continued with her pregnancy alone. Fifteen days after giving birth, with nowhere to live and no income, Esma felt she had no choice but to take Sena to the orphanage and leave her there.

Just like Sena, most children who grow up in orphanages are not orphans at all. They have families who would and could care for them if they had the means to do so. That’s why, whenever possible, our partners in Bosnia and Herzegovina try to reintegrate children from institutions with their birth families and give them the support they need to stay together.

We first met Sena when we began work to close the orphanage where she lived. She was four years old by then, a withdrawn little girl who was still wearing nappies because no one had taken the time or trouble to teach her to use the toilet by herself.

Working with our partners in the local child protection department, we made contact with Esma to see if it might be possible to reunite her with her daughter. By then Esma’s situation had improved a great deal. She was in a steady relationship with a caring, hard-working man called Anto. They were living together in the small house he owned and Esma had occasional work as a cleaner.

Esma wanted very much to bring Sena home and Anto was happy to support her decision. The reintegration process took several months. We helped Sena, Esma and Anto to establish secure relationships with each other. We also enrolled Sena in a local nursery so that Esma could continue to work to provide for her daughter. Once Sena left the orphanage to join Esma and Anto, we continued to monitor the family’s progress to make sure that Sena was happy and that Esma and Anto were coping in their new role as parents.

It was only once Sena was safely home that Esma felt able to reveal that Anto was in fact Sena’s biological father.  “When Esma told me that I am Sena’s father I felt hurt because she kept that from me for a long time”, Anto says “but at the same time it was the happiest moment of my life”.  When Sena calls Anto “Babo” (daddy), it’s obvious to everyone how proud he is.

Anisija Radenkovic, Hope and Homes for Children Country Director in Bosnia and Herzegovina, remembers the first time she met Sena.

“She was very quiet and rarely smiled but since she has returned to her family, she has blossomed. To me, Sena is proof that what children need to be happy is not fortune, but love” says Anisija.

Sena is seven now and has just started school. She likes to play with her puppy and help her mother around the house and in the garden. She’s a happy, much-loved little girl with a real home and a family of her own.

Katya visted her son Georgi at every opportunity when he was in an institution for babies. She had been persuaded to give him up at birth because she and her husband had no regular income and four other children to care for. They were told they would be able to take him back after a few months but, with no services to support families available to them, their situation didn’t improve and it looked likely that Georgi would remain in institutional care long term.

At twelve months old however, Georgi came back to live with his parents and four brothers thanks to a family support service run by a local NGO.

The cost of Georgi growing up with his family rather than in institutional care was some repairs to the family home, some clothes and a few essential baby items such as a bed for Georgi, a buggy and a potty.

Georgi returned visibly damaged by his time in the institution. He was a frightened, withdrawn, sad little boy having spent most of his life alone in a cot without any love, affection or sense of security. Back in his family he is beginning to recover and learning to feel secure in his family.