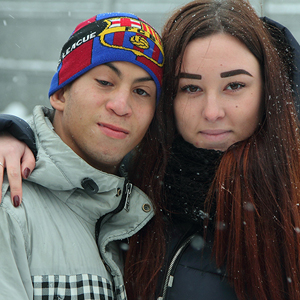 12 year old Beniamin was removed from his parents four years ago because of concerns about his welfare. Thrown out of their home because of problems arising from alcohol abuse and disruptive behaviour, the family had been living in the city park.

Before prevention services were set up in his local area, Beniamin would certainly have been placed in institutional care. However, at eight years old, he was taken to an Emergency Reception Centre where he could stay temporarily and be cared for while a more long term solution was sought.

Looking at all of the options available and taking Beniamin’s wishes into account, it was decided that placement in a Small Group Home was in his best interests.

Beniamin is very close to his Grandmother but, unfortunately, she is too elderly to take guardianship of him and look after him permanently although he visits every weekend and spends holidays with her. He cannot be returned to his parents because of ongoing concerns about his welfare due to their lifestlyle. However, they visit regularly.

The Small Group Home, gives Beniamin the possibility to maintain his close relationship with his family in a safe, family-like environment with a few other children and regular, consistent care givers that he knows and trusts.

Beniamin is very settled and is good friends with the other children at the Small Group Home and in the local community. He is strong minded and ambitious and looks up to the cook in the Small Group Home. He hopes to become a famous cook with his own TV show when he is older.