In 2017, there were 1,390 children in 27 residential institutions, baby homes and institutions for children with disabilities in Moldova, out of whom only 815 have residential placement; the remaining number access the day care services but stay in their families or alternatives5. There are also 1,071 children in 45 Centres for Temporary Placement, a vast reduction since 2016 when 2,025 children were living in such facilities6.

During 2017, there were 4,918 children at risk of separation from their parents registered and examined by the local gate-keeping committees. Out of them, 376 children have been placed in residential institutions; the remaining 4,542 children received prevention and family strengthening interventions or alternative care services.

Work of the small group homes (SGHs) have been regulated by the legislation on community homes and the minimum standards of quality in Moldova. They are housing mainly people with disabilities and young people. Currently, there are 54 children at risk and children with disabilities placed in 6 small group homes for children across Moldova. The number of children in kinship care and foster care remains largely unchanged in 2017: 4,027 and 1,017, respectively.

As a result of the advocacy efforts of the Opening Doors national partners, in August 2018, the Government approved a minimum package of social services that will be funded from the central budget and provided at local level. However, only three services have been approved for central funding (‘Personal assistant’, ‘Family support for families with children’ and ‘Financial support for vulnerable families’). The package excluded the provision of foster care which was a particular focus of the Opening Doors campaigning to promote deinstitutionalisation reform at national level.

Programmes to support care leavers are run by several non-governmental organisations. The 2014-2020 Child Protection Strategy and the Action Plan consist clear provisions on state support programmes to ensure smooth transition of young care leavers from institutional care to independent living, however the financial gaps make implementation of these programmes difficult.

Take action to ensure that the basic social services package in the central budget includes foster care provision at the local level. Efforts to diversify foster care services must be continued by increasing and varying monthly salaries for foster carers and child allowances for children aged 0-3 and children with disabilities

The European Neighbourhood Instrument & the future Neighbourhood Development & International Cooperation Instrument should be used to cover the transit costs from institutional to community-based care. Neither of these funds should be used to fund actions that contribute to the segregation of children, including building, supporting or renovating institutions for children

1    Data provided by the Ministry of Health, Labour and Social Protection as of 31 December 2017

3    Data provided by the Ministry of Health, Labour and Social Protection as of 31 December 2017

4    As of 01 January 2018, there were 17 children aged 0-3 in Balti Baby Home and 110 in Chisinau Baby Home, according to data from the Ministry of Health, Labour and Social Protection

In Moldova the campaign is coordinated by:

In Moldova the campaign is supported by:

The Association for Child and Family Empowerment “AVE COPIII”

Partnerships for Every Child 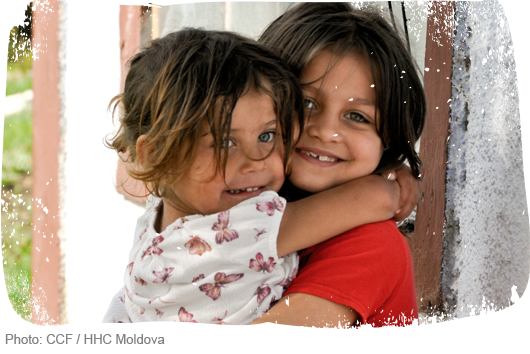 ‘Opening Doors’ has a new partner in Moldova – CERI International

END_OF_DOCUMENT_TOKEN_TO_BE_REPLACED 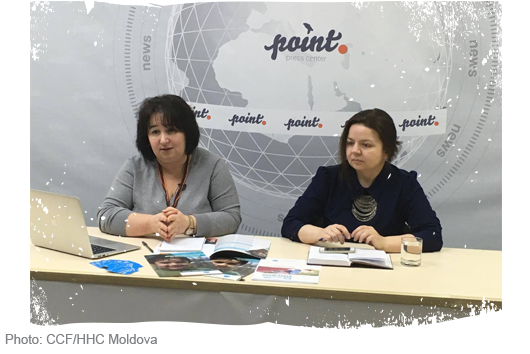 Moldova: advocating for social services for the benefit of all children and their families

Phase II of the Opening Doors for Europe’s Children campaign is launched in Chisinau Moldova will continue developing community-based social services for children and their families in the context of decentralization. Limited local budgets will be campaign’s main focus in Phase II in Moldova

END_OF_DOCUMENT_TOKEN_TO_BE_REPLACED 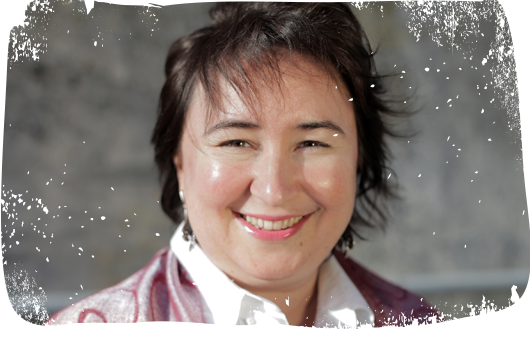 Contributing to the Human Rights Dialogue with Moldova

Last week, Opening Doors coordinator in Moldova, Ms Liliana Rotaru of CCF Moldova, participated in the EU-Moldova Human Rights Dialogue, in a meeting with civil society representatives ahead of official talks between the EU’s European External Action Service (EEAS) and the Government of Moldova. Ms Rotaru updated the EEAS on challenges to ending institutional care […]