There is no established public strategy focusing on the transformation from institutional to family- and community-based care in Serbia. The reforms in child welfare and child protection are not happening fast enough and the national funding for deinstitutionalisation (DI) reform is neither sufficient nor effective. The current financial system needs reforming because funding is based on the intervention logic of the available services and not on the individual needs of a child. Expenditures for residential and family care are the largest part of a total consolidated budget for social care services in Serbia1,2. The system also lacks quality standards for all services recognized by the Law on Social Protection. The government’s current priority is to create smaller residential settings for children in care by transforming larger institutions into small group homes (SGHs).

It is a worrying fact that the new draft Law on Social Protection, introduced in July 2018, proposes that settings for children and young people should accommodate up to 25 users.  Such provisions are unacceptable, primarily because of the high probability for additional admissions to residential institutions.

The total number of children who live in alternative care in Serbia is 5,986, out of whom 666 are living in a residential care setting, while 5,320 are in foster care. The number of children living in disadvantaged families in Serbia has increased by 27% compared to 2011 and is now totaling to more than 162,000 children (13% of children’s population in Serbia).3 In 2017, there were 9,119 children under the guardianship in Serbia.

In Serbia, there are currently 5 small group homes in Nis, Negotin, Aleksinac, Banja Koviljaca and Belgrade for children with less severe disabilities. The accommodation capacity limit is 12 children per setting. The equipment in these SGHs is still underdeveloped and children need to visit institutional care settings to receive adequate medical treatment. In 2016, there were 5,320 children in foster care and 1,064 children in kinship care. 174 children from foster care (35 %) and only 24 children from institutional care (22%) have been reintegrated in the birth families.

Last year, 698 families with 1,398 children accessed the family outreach service for families with children with disabilities; the family outreach service for families in crisis was accessed by 490 families (including 800 adults and 1,190 children)5 in 2017. After its piloting phase, the service has stopped due to the lack of finances. The service was only accessible in four cities (Belgrade, Novi Sad, Kragujevac and Niš) and not available for the rest of the country where approximately 70% of the population lives. The project “Family associate” can be seen as an example of a positive community-based practice, but due to the low outreach and unsustainability, it cannot be seen as an indicator of general improvement in the provision of this type of services in Serbia. In Serbia there are also 145 community day care services, out of which 68 provide help to families with children with disabilities.6 There is an utmost need for the prevention services to support families in crisis situations.

There are semi-open institutions in Niš and Belgrade for children with behavioural difficulties between the age of 15 to 18. These facilities also accommodate refugee and migrant children. However, these institutions have only around 60 places and other unaccompanied children stay in temporary shelters known as “refugee aid centers” together with unrelated adults or open reception centers. Out of the 2,570 school-age living in reception and accommodation centres, only 130 were attending formal education and barely 23% of all children were in some form of education.7 Few collaborative projects were launched to tackle this issue, including the development of enrolment and support plans in eight preschools and two primary schools in Belgrade and Lajkovac with the aim to include refugee and migrant children in formal education next year.

Reintegration of children and young people leaving institutional and alternative care is insufficient due to the lack of adequate housing, legal, health or social services, and educational and vocational training opportunities.8 The youth strengthening centre was established for young people aged 16-30 to provide them with employment support including finding the jobs.

DI reform in Serbia have been funded by various donors. “EU Support to Social Welfare in Serbia”, funded under IPA 2013 and implemented by NIRAS Consortium in 2017- 2019, has awarded 30 grants to local communities throughout Serbia and held a number of consultative events. It is considered as a relevant contribution to the new Social Welfare Strategy for Serbia that will also embrace multiple good practices. Another positive development towards the DI reform in Serbia was establishment of two working groups on intensive family support services and on the transformation of institutions by the Ministry of Labour, Employment, Veteran and Social Affairs in cooperation with civil society, including MDRI, the Opening Doors campaign coordinator in Serbia. The outcomes include development of a Rulebook on good parenting and provision of support services to families at risk.

Take action to ensure that there are sufficient investments and policies towards the development of community-based services to support families at risk, families with children with disabilities or Roma families to prevent their separation. Accessibility and sustainability of services in all municipalities must be also secured

2    Data from the survey “Mapping of social services in the mandate of local governments”, Center for Social Policy, 2016.

6    “Mapping of social services in the mandate of local governments”, Center for Social Policy, 2016.

8    Concluding observations on the combined second and third periodic reports of Serbia, Committee on the Rights of the Child.

Source: The Network of Organizations for Children of Serbia (MODS)

In Serbia the campaign is coordinated by:

In Serbia the campaign is supported by:

Commissioner for Protection of Equality 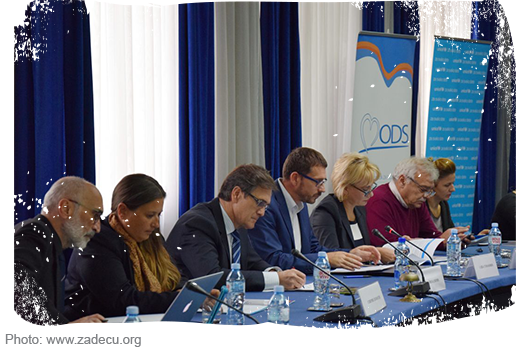 Strengthening families and supporting the stay of children in their families should be the task of the social protection system in Serbia, says Opening Doors campaign coordinator in Serbia the Network of Organizations for Children of Serbia – MODS.

END_OF_DOCUMENT_TOKEN_TO_BE_REPLACED 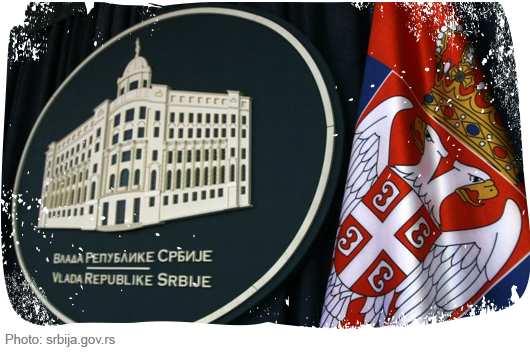 MODS − the network of organisations for children of Serbia and national coordinator of the Opening Doors campaign in Serbia − expressed its satisfaction regarding the fact that the new Serbian Prime Minister Ms Ana Brnabic gave due prominence to the child rights protection in her Keynote Speech. Specifically, the Prime Minister declared that the Government will […]

END_OF_DOCUMENT_TOKEN_TO_BE_REPLACED 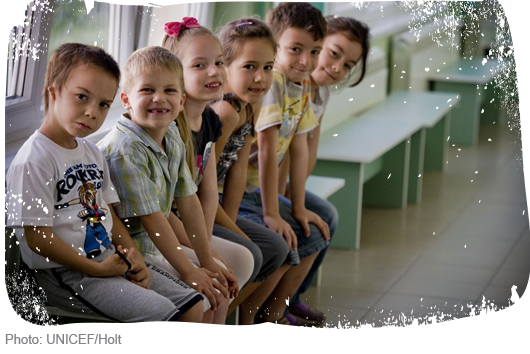 Institutional care should only be used as a last resort, says the UN Committee on the Rights of the Child report in Serbia